Garden along the Arroyo

Much of La Casita’s property is bordered by stone walls crafted using rocks from the Arroyo. The original walls were erected more than 80 years ago when La Casita was built and they were renovated and reinforced in the late 1980s when the Pasadena Garden Club spearheaded a major campaign to update the property. The walls on the west side of the site overlook the Arroyo and it’s watershed and provide stunning views of the Colorado Street Bridge, the 210 Freeway Bridge, and the San Gabriel Mountains in the distance. The south wall supports a white Alba rose that was originally planted in 1933. This is one of the oldest recorded variety of rose and dates back to the Middle Ages. The late spring flowers are profuse and have a fantastic fragrance. Another planting area near the stairs on the south wall has a large swath of tall Matilija poppies that have spread down the slope. These stunning California natives have large white blossoms with bright yellow centers and bloom in spring and summer. Several stately Coastal Live Oak trees edge the property along the Arroyo as well as on the street side of the property. These drought tolerant natives are a beautiful defining feature of La Casita. 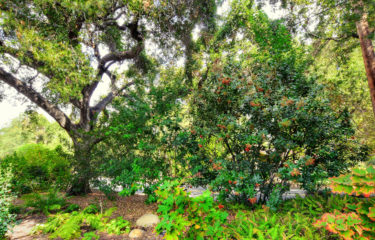 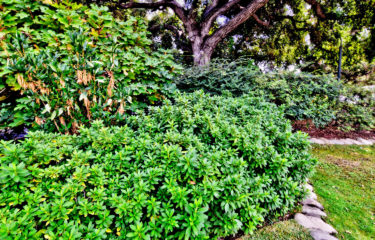 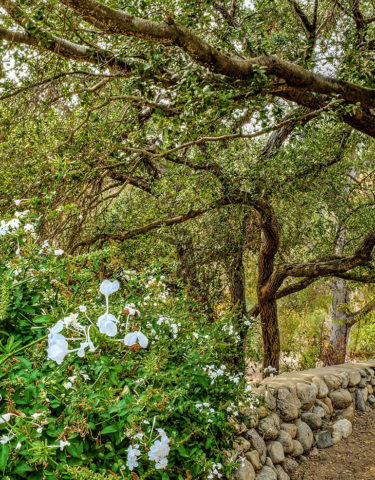 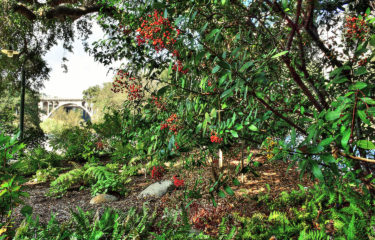 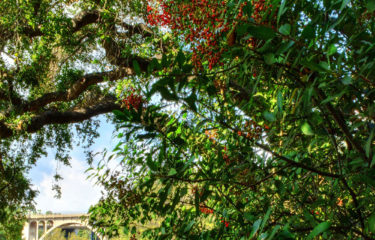